Industry Liaison Groups (ILGs) are a concept first conceptualized in 1982 by Ms. Ellen Shong (now Shong-Bergman), during her tenure as Director of the Office of Federal Contract Compliance Programs, U.S. Department of Labor. In a memo dated January 29, 1982, Ms. Shong encouraged enhanced communications between the federal contractor community and the agency, through the newly created concept ILGs.

The ILG concept was well received by the federal contractor community and together with the OFCCP; employers began forming ILGs across the country in the various Department of Labor regions. Both the public and private sector representatives were eager to put aside the adversarial relationship that had developed and characterized the way the enforcement agency and employers had interacted. Forming ILGs gave both parties a common platform to develop more positive partnerships to achieve their mutual affirmative action and equal opportunity goals.

The first ILG, was established in 1982, in what was then considered Department of Labor Region X (Alaska, Idaho, Oregon, Washington), and was joined by other newly formed ILGs across the country.

ILGs are individual, separate and distinct organizations that are self-governed by their individual membership. ILGs may hold meetings monthly, quarterly, semi-annually or annually depending on members’ interests to discuss issues relevant to both the federal contractor and government enforcement agency personnel.

The Industry Liaison Group movement from its very beginning was so successful that local ILGs began volunteering to host annual ILG conferences. The first Annual ILG Conference was held in 1983 in New Orleans. Every year since, the nation’s foremost affirmative action officers, equal opportunity directors, and diversity leaders, from business, industry and education have gathered to meet with government agency leadership from the OFCCP and EEOC to engage in cooperative discussions regarding regulations, compliance, best practices, and successful approaches to ensuring America’s work place is free from unlawful discrimination.

In 1992, the National Industry Liaison Group (NILG) was formed through the cooperative efforts of the local ILG groups. Today, the NILG Board supports 61 independent ILGs across each of the OFCCP's 6 regions around the country.

The Alabama Industry Liaison Group (ALILG) is located within the OFCCP's Southeast Region, with headquarter offices located in Atlanta, Georgia.

The Alabama Industry Liaison Group (ALILG) was founded in August 2001 as an unincorporated non-profit association to serve member organizations as a forum in the advocacy of equal employment opportunity and fulfillment of affirmative action obligations as federal contractors.

The ALILG became successor to the informal Birmingham Industry Liaison Group that was active during the late 1980's and early 1990's.

The ALILG  currently has 206 members on its roster. 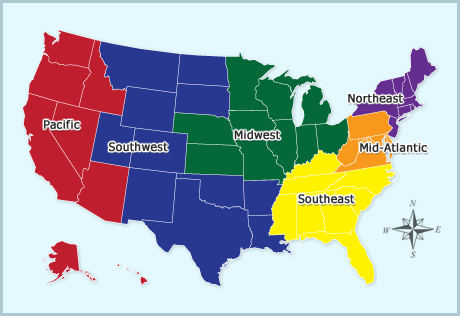